LED streetlights are great for the environment. They consume much less energy than standard high-intensity discharge (HID) lights, last three times longer, and they reduce greenhouse gas emissions and maintenance costs. In general, LED lights also contribute less to light trespass because they emit direct illumination. Because of all their great qualities, many cities have started to convert from HID to LED streetlights. What some cities have failed to consider, however, is that while LED streetlights are capable of emitting different colors of light, not every color should be used in public outdoor spaces. Bright blue-rich white light can cause some issues for residents, local wildlife, and night sky visibility. When it comes to streetlights, the warmer the color/correlated color temperature (CCT) the better.

CCT will tell you what hue and tone of white to expect from a specific streetlight. It is measured in Kelvin (K), which is similar to degrees in Celsius. Different temperatures on the Kelvin scale represent different colors. For example, light at 2000K-3500K looks more orange/yellow and is called ultra warm or warm white, and as temperature increases in Kelvin, color changes to more of a “paper white” known as natural or neutral white (between 3500K and 5100K) and finally into a bluish-white known as cool white (5100K-20000K).

The International Dark-Sky Association (IDA), a group whose purpose is to protect the night sky, recommends that LED street lights have a CCT of 3000K or less. These street lights will have a warm white glow that is safer for people and wildlife. The CCT of daylight is right around 6500K, which appears pretty blue. Introducing that type of light into people’s homes through their windows at night can suppress melatonin production and disrupt circadian rhythm. Melatonin doesn’t just help us fall asleep; it has antioxidant properties, boosts the immune system, and regulates certain hormones. There have been studies showing that it can even aid in IBS as well as migraine and cancer prevention.

Throughout the day, light changes from a warm white color at dawn to natural white then to a cool white in the afternoon, back to natural white, and eventually to an ultra warm white color at sunset. Our bodies are used to this cycle of light. Artificial lights that deviate from the natural lighting cycle can throw off our circadian rhythms. The National Institute of General Medical Sciences states that, “Circadian rhythms are physical, mental and behavioral changes that follow a roughly 24-hour cycle, responding primarily to light and darkness in an organism’s environment.”

According to healthybuildingscience.com “. . . different types of light trigger different physiological effects. Blue/white light, akin to a bright midday light, suppresses melatonin and increases serotonin, this light is great for activity. Conversely red/orange light triggers melatonin in preparation for going to sleep. If everything is in balance, the body will generate dopamine, serotonin, cortisol and melatonin in the right quantities at the right time of day.”

On their website, the IDA cites important information from a report about human and environmental effects of LED streetlights. According to this report, studies have shown that being exposed to light with a higher CCT before going to bed can negatively affect sleeping patterns. The report goes on to say that continuous sleep disruptions can lead to cancer, obesity, heart disease, and diabetes.

In addition to the possible effects on health, cool white street lights can increase disability glare. Disability glare happens when stray light enters the eye and affects your ability to see distances and space correctly. According to the report, this happens “. . . because blue light scatters more within the human eye.”  While it’s not directly causing harm to someone’s health, glare decreases driver safety and can lead to traffic accidents.

At night, blue light used outdoors can also wreak havoc on ecology. Introducing light with a CCT that’s close to daylight essentially changes the daily cycle that plants and animals are used to. They depend on this cycle of light and dark for hunting, reproduction, sleeping, migrating, and protection. Nocturnal animals have suffered greatly from cool white light at night; the IDA reports that, according to research scientist Christopher Kyba, “. . . the introduction of artificial light probably represents the most drastic change human beings have made to their environment.” Insect populations are declining because they are attracted to the cool white light. They circle under it until the point of exhaustion and death. Plants, birds, and other animals need insects to survive, so this fact alone greatly affects our ecosystem. 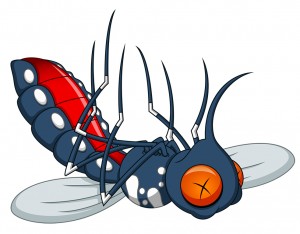 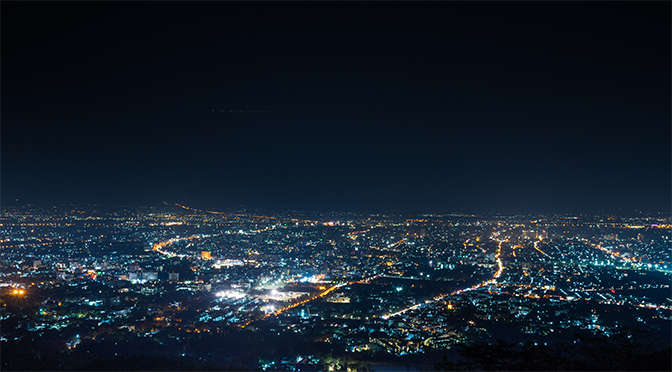 All of the facts about cool white lighting clearly show why lights that emit this color shouldn’t be used in outdoor public spaces at night. This does not mean that cool white LED lights are bad by any means. They are simply better suited for indoor applications or areas that won’t have a wide reach, such as building entrances or loading docks. They’re also great for applications with lights that won’t remain on throughout the night, such as outdoor sports stadiums. The same goes for natural white LED streetlights. They’re an improvement on cool white lights but are still better suited for similar applications. Warm white LED street lights and parking lot lights—with a CCT of 3000K or less—are a much better option for public outdoor areas. They emit a much smaller portion of blue light—which is unnoticeable to the eye—and are currently the best options available for street lighting.

Click the photo below to see our line of warm white LED streetlights. 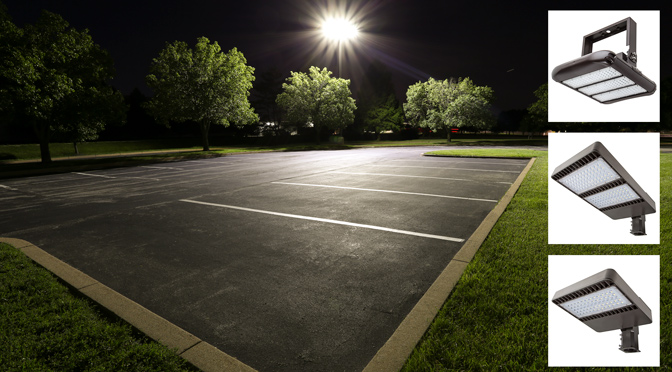