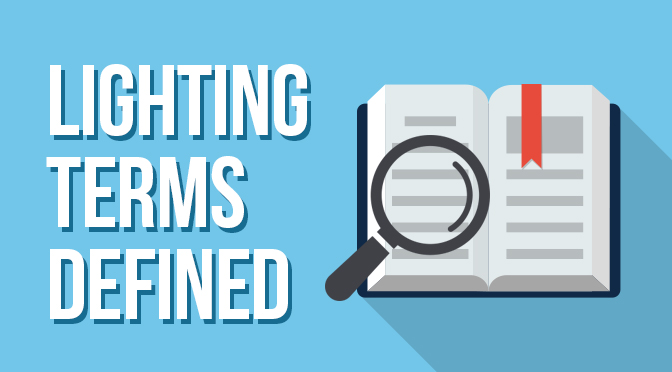 Every light bulb or fixture comes with a different list of specifications, such as voltage, watts, color-rendering index (CRI), and lumen output. These specifics are important for product purchasing but are only beneficial if they are truly understood. What is a lumen? What does AC/DC mean? What is polarity? Use our lighting dictionary to find the answers to these questions and learn the ins and outs of lighting.

The particles that make up light. 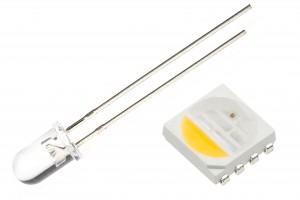 LEDs produce the longest-lasting, most energy-efficient lighting available today. A semiconductor
rich in electrons and a semiconductor rich in holes
are used to create an LED. Passing a current through the junction of these two materials combines the electrons with the holes and produces photons, which is the light that you see. LEDs have endless application possibilities, such as under-cabinet, landscape, vehicle, work, home, industrial, and commercial lighting.

A component that is soldered onto a circuit board. After soldering, LEDs are typically encased in epoxy resin. 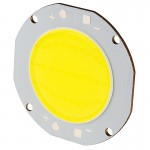 Multiple LEDs are used on one LED chip. The individual LEDs do not have epoxy resin casings, which allows for more LEDs to be placed closely together to produce smooth light output. The lack of a casing also reduces thermal resistance (heat), which increases the life span of the LED.

A type of LED that is mounted through a hole in a circuit board, and its pins are soldered onto the back side of
the board.

SSL uses semiconductor LEDs to produce illumination instead of using filaments or gasses like those found in incandescent or fluorescent bulbs. This type of lighting provides many benefits, such as increased energy efficiency, better color and light quality, durability, and longer life spans. 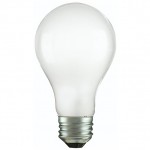 This well-known lighting type is the most dated and least efficient. Much like in a space heater, an electric current passes through thin filament wire, which heats the filament until it glows. Heat radiates outward from the space heater as it does in an incandescent bulb, and only a small portion of the energy created is converted into usable light; the considerable amount of heat burns the bulb’s tungsten filament until it breaks. 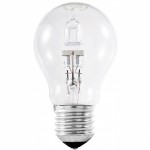 Halogen bulbs are similar to incandescent bulbs but with a couple minor differences. They contain a tungsten filament, but a small amount of halogen gas mixes with tungsten vapor. The vapor is deposited back onto the filament instead of on the inside of the bulb envelope. This process extends the bulb’s lifespan and allows it to work at a much higher temperature than incandescent bulbs, which increases light output. A quartz envelope is used instead of glass because of its ability to handle higher temperatures. 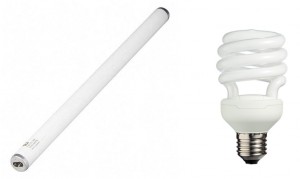 An electric current passes through argon and mercury vapor, which creates ultraviolet light that activates a phosphor coating on the inside of the bulb and causes it to glow or fluoresce—hence the term fluorescent. CFLs are fluorescent tubes that are coiled into a spiral shape so that they can fit the same applications as incandescent bulbs.

HID lamps consist of a ballast and a quartz tube that 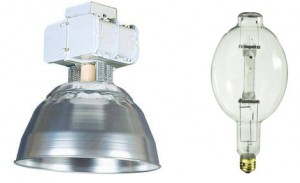 contains gas, metal salts, and two tungsten electrodes. The ballast controls the voltage and current necessary to operate the lamp. An electric arc passes from one electrode to the other through a gas (most commonly mercury, metal halide, or sodium). The arc heats metal salts and vaporizes them—creating a plasma—which increases light output created by the arc and increases efficiency. 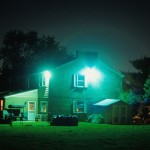 This type of lamp creates an electric arc through vaporized mercury that produces a bluish-green light. An outer bulb envelope insulates the bulb and protects against ultraviolet radiation. These lamps are the oldest type of HID lighting and are being phased out because of the increased efficiency and better color rendition of metal-halide lights. 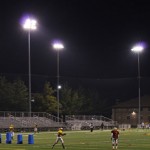 Much like in mercury-vapor lamps, an electric arc is created through vaporized mercury. However, metal halides (such as sodium, indium, and thallium) are added to increase efficiency and improve the light’s color-rendering index (CRI). An outer bulb envelope insulates the bulb and protects against ultraviolet radiation. 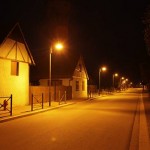 This type of HID lamp uses mercury vapors and sodium to ignite an electric arc, which produces a gold-colored light that is used mostly in
parking garages. 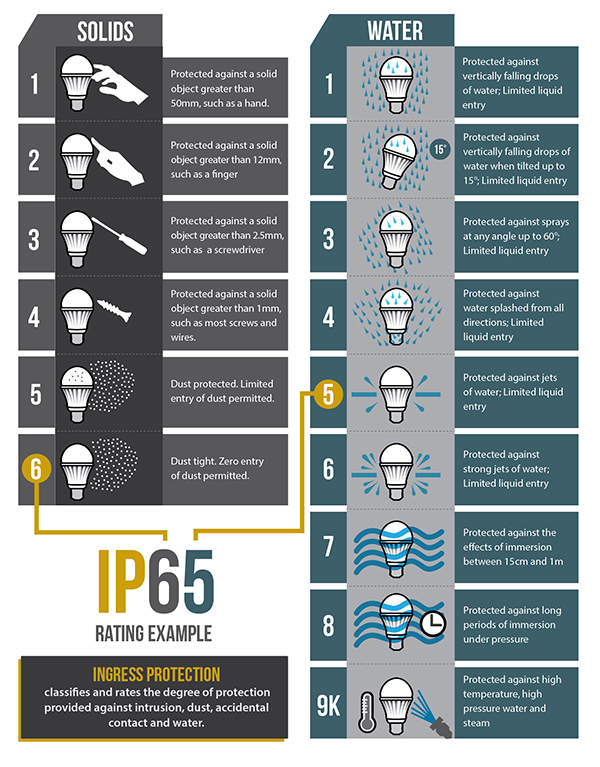 The entire range of invisible and visible light. 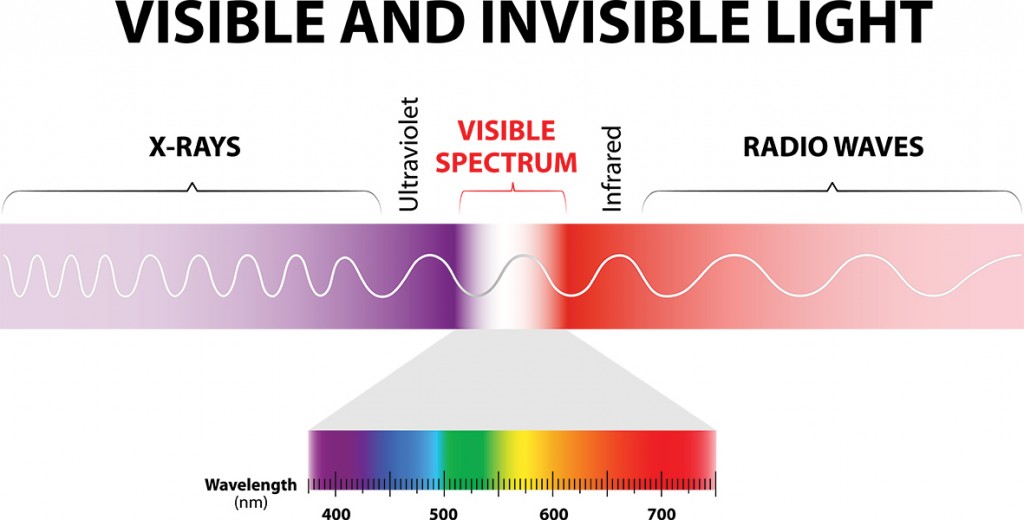 A measurement of the distance between peaks of waves. Visible light is measured in nanometers, which indicate the color of light.

A measurement of the amount of light produced by a source. 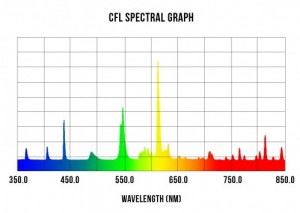 The quality of a light’s color, which is determined by its dominant wavelength regardless of brightness. The chromaticity of the compact fluorescent lamp (CFL) pictured to the right appears yellow—the color of its most dominant wavelength.

CCT indicates the hue and tone of white light emitted from a specific bulb or fixture. CCT is measured in Kelvins (K), which is similar to degrees in Celsius. Different temperatures on the Kelvin scale represent different colors. For example, light at 2000K-3500K looks more orange/yellow and is called ultra warm or warm white, and as temperature increases in Kelvins, color changes to more of a “paper white” known as natural or neutral white (between 3500K and 5100K) and finally into a bluish-white known as cool white (5100K+). 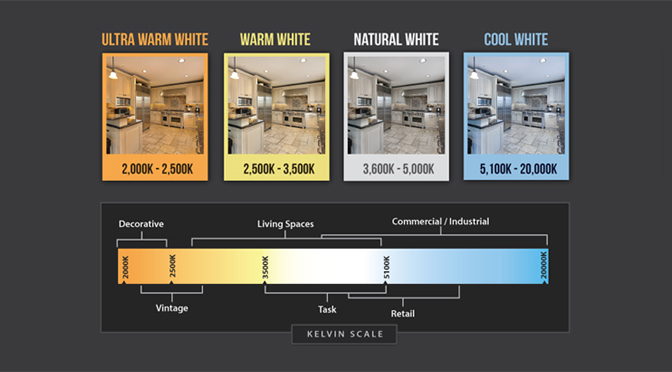 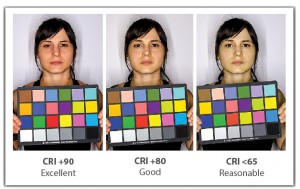 A measurement of the angles that are formed between a cone of light’s brightest point (the center) and the points on both sides of the center where the light’s intensity is 50 percent as bright. 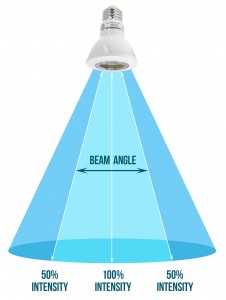 The flow of electrons through a material, such as a wire, that is measured in amps.

Current that flows in one direction. DC is commonly produced by batteries that can be found in vehicles and in equipment that doesn’t require constant connection to an outlet, such as flashlights, portable radios, and cell phones. 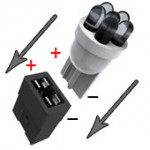 A measure of how much energy is produced or consumed. The current draw (amps) of a light bulb multiplied by its voltage equals the wattage of the bulb (current draw x voltage = watts). The wattage of a bulb that draws 0.067 amps and has a voltage of 120 is eight. 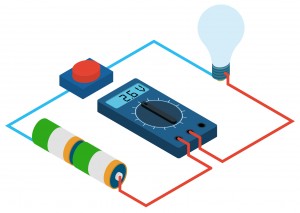 The potential energy from a circuit that pushes electrical current (amps) to a light bulb to produce illumination. The greater the voltage, the more energy can be delivered to the bulb to light it.

The difficulty of current flow through a material, which is measured in ohms.

The amount of visible light that is produced with a certain amount of power (watts). For example, a bulb that emits 480 lumens and consumes eight watts of power has an efficacy of 60 lumens per watt. Equation: 480 lumens/8 watts = 60 lumens/watt

The percentage of energy a bulb uses to create light—taking into account the energy that is wasted through heat and resistance. The more efficient a bulb is, the less energy it wastes. LED bulbs waste little to no energy while creating the same amount of light as an incandescent bulb that wastes a large amount of energy. 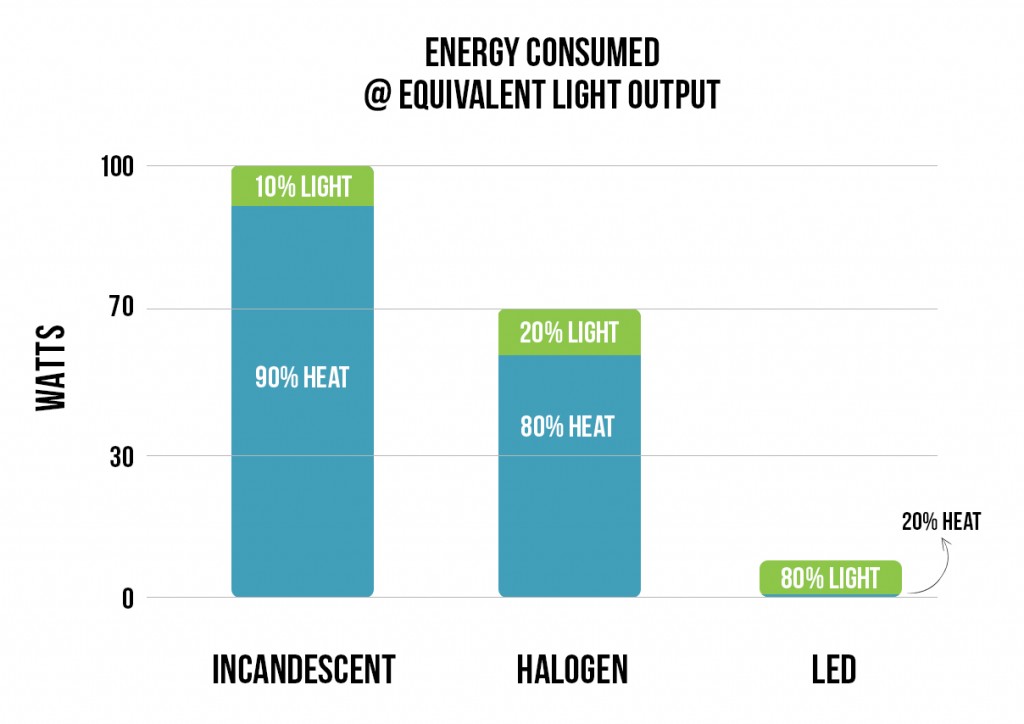