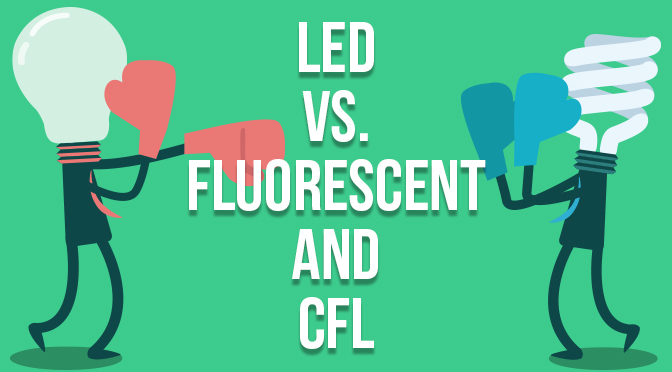 An electric current passes through argon and mercury vapor, which creates ultraviolet light that activates a phosphor coating on the inside of the bulb and causes it to glow or fluoresce—hence the term fluorescent. CFLs are fluorescent tubes that are coiled into a spiral shape so that they can fit the same applications as incandescent bulbs.

LEDs produce the longest-lasting, most energy-efficient lighting available today. A semiconductor rich in electrons and a semiconductor rich in holes are used to create an LED. Passing a current through the junction of these two materials combines the electrons with the holes and produces photons, which is the light that you see. LED lights have endless application possibilities, such as under-cabinet, landscape, vehicle, home, industrial, and commercial lighting. 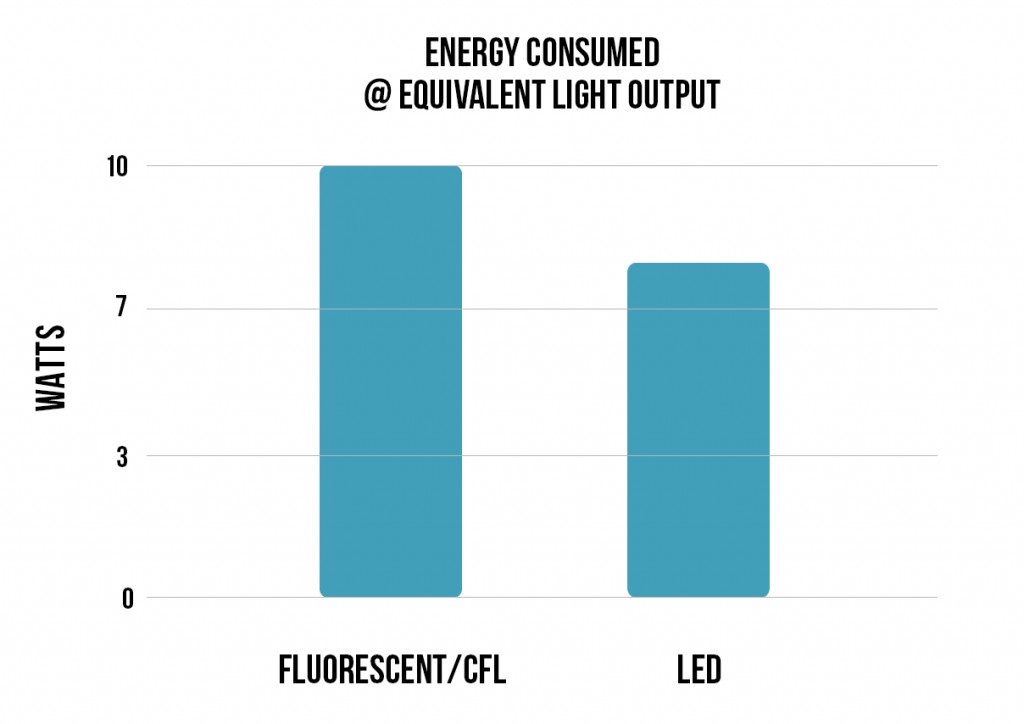