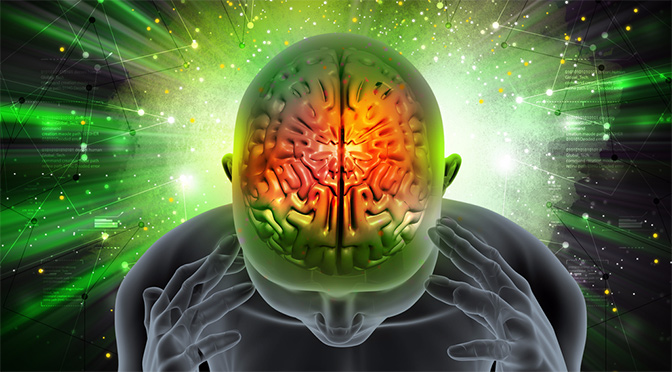 If you’re one of the unlucky 39 million people in the U.S. that has migraines or 100 million people with chronic pain, you’ve probably searched long and hard for solutions and treatments. Between the Imitrex, beta blockers, Topamax, caffeine, time spent in dark, quiet rooms, or whatever other methods and medications you’ve tried for migraines, it might seem that you’ll never find something more effective. And if the chronic pain medications, such as Gabapentin, Cymbalta, and Tramadol aren’t working as well as you’d like, it might be worth trying something new.

This idea might not seem appealing, especially if you’ve tried your fair share of medications and one-and-done remedies. However, there’s something new to try that is backed by recent research studies as being effective: green LED lights. Using low-intensity pure green LED lighting has been found to reduce chronic pain and migraine severity. It’s inexpensive enough and convenient enough not to pass up if it means lessened pain.

A study published in the 2016 issue of Brain shows that green LED lighting reduced pain intensity by 20 percent. In the study, “Migraine photophobia originating in cone-driven retinal pathways,” researchers at the Beth Israel Deaconess Medical Center set out to test whether or not colors can affect photophobia and migraine intensity. Photophobia is sensitivity to light and can be associated with pain and migraine exacerbation. Findings in a previous study fueled the motivation for this study. In the earlier study, the researchers found that blind participants experienced increased migraine pain when exposed to blue light.

Sixty-nine participants with migraines were part of the most recent study. Researchers studied the effects that exposure to white, blue, green, amber, and red low-intensity light had on their pain. Blue and red light were the worst—increasing pain by 18-19 percent. White and amber increased pain by 15 percent. Green was the only color that reduced pain.

The study was so successful for some that they asked to keep their green LED strip lights. In a Tucson News Now article, Debi Lesneski, a green light participant, shared her experience. Lesneski has a history of chronic, continuous migraines and was Dr. Mohab Ibrahim’s patient. Ibrahim, a researcher in the study, is the director of the Banner-University Medical Center South Comprehensive Pain Management Clinic and a University of Arizona associate professor of anesthesiology and pharmacology. “It reduced the pain so I wasn’t going back to Dr. Ibrahim in tears every week,” Lesneski said. “I was able to work and function and spend time with my family.” Lesneski reported that she no longer needed to see Ibrahim for pain and replaced her pain medication with green light therapy three to four times a week.

Motivation for the fibromyalgia/migraine study came from a previous study that Ibrahim and other researchers conducted, which was published in the 2017 issue of Pain. The University of Arizona study, “Long-lasting antinociceptive (pain blocking) effects of green light in acute and chronic pain in rats,” found that rats experienced an increased tolerance for thermal and tactile testing methods. These tests measured how long it took for the rats to withdraw their paw when exposed to heat or pricked with a filament. Testing was completed under green or white light. The researchers found that after eight hours of green LED light exposure for five days it took much longer for rats to withdraw their paws. Effects of the green LEDs lasted for four days.

Rajesh Khanna, UA associate professor of pharmacology and senior author of the study, reports that, “While the pain-relieving qualities of green LED are clear, exactly how it works remains a puzzle. Early studies show that green light is increasing the levels of circulating endogenous opioids, which may explain the pain-relieving effects.”  In a UA article, Khanna refers to endogenous opioids as your “happy hormones.” According to Ibrahim in another UA article, “(Exogenous) Opioids, while having many benefits for managing pain, come with serious side effects.” These medications can also be addictive.

Researchers in this study are not advising people to stop their medications without speaking with a professional. However, it is possible, as in Lesneski’s case, that green LED lighting could eliminate the need for them in the future. “We need safer, effective and affordable approaches, used in conjunction with our current tools, to manage chronic pain,” Ibrahim said.

The results of these studies show that green LED lights can be effective in reducing chronic pain and migraines. However, everyone is different, and there’s no guarantee that what works for some will work for others. The only way to truly know is to try it for yourself. Green LED strip lights or rigid LED bars are relatively inexpensive (less than $20) and are available with similar intensities and color wavelengths as those used in the trials. For a simple, plug-and-play option, you’ll need a CPS power supply and a female pigtail to CPS adapter for connecting your strip.

Low-intensity green LED lighting was used in all studies. Specifications for the chosen lights are listed below.