How to Light a Room – The Difference Between Color Temperature, Lumens, and CRI

CCT vs CRI vs Lumens

When discussing and comparing lighting, there are three main aspects that contribute to what the human eye sees—color, quality, and brightness. Color (CCT), quality (CRI), and brightness (lumens) are often conflated and can be a source of confusion for consumers. However, each value shows a unique aspect related to the output performance of a light.

Correlated Color Temperature (CCT) is described as the “color” of white light. This measurement allows for the selection of a light with the desired qualities and for matching different lights together. The CCT of an LED is created using a carefully tuned phosphor layer to mimic the spectrum of a more conventional source, like sunlight.

CCT can appear as specific or general measurements. Specific measurements will be in Kelvin values, such as 2700K or 4000K. These numbers are rounded to standardized numbers to simplify the system. An example of this is that anything between 4750K and 5300K would be listed as 5000K—a popular temperature for commercial lighting—as the human eye sees this range as equivalent.

How is CCT used?

Certain CCT values or ranges tend to be more desirable for specific tasks or applications. This is directly related to the nature of how different CCTs behave and interact with not just the human eye, but the world as a whole. 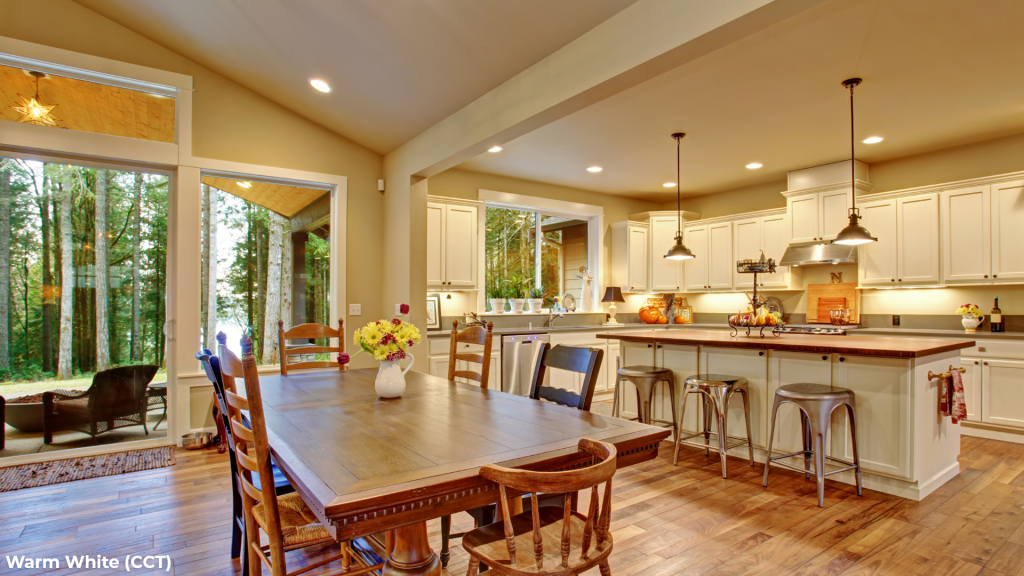 Warm white CCTs (≤3500K) appear more yellow (warm), and as such are ideal for more relaxing settings like home and interior spaces such as dining rooms and living rooms. Additionally, warm CCTs produce less glare and are less prone to refraction making them ideal for applications like “turtle-safe” lighting as these features reduce impact on animals and ecosystems. The only objective detractor of warm CCT lights is slightly lower lumen output than natural and cool CCT lights. 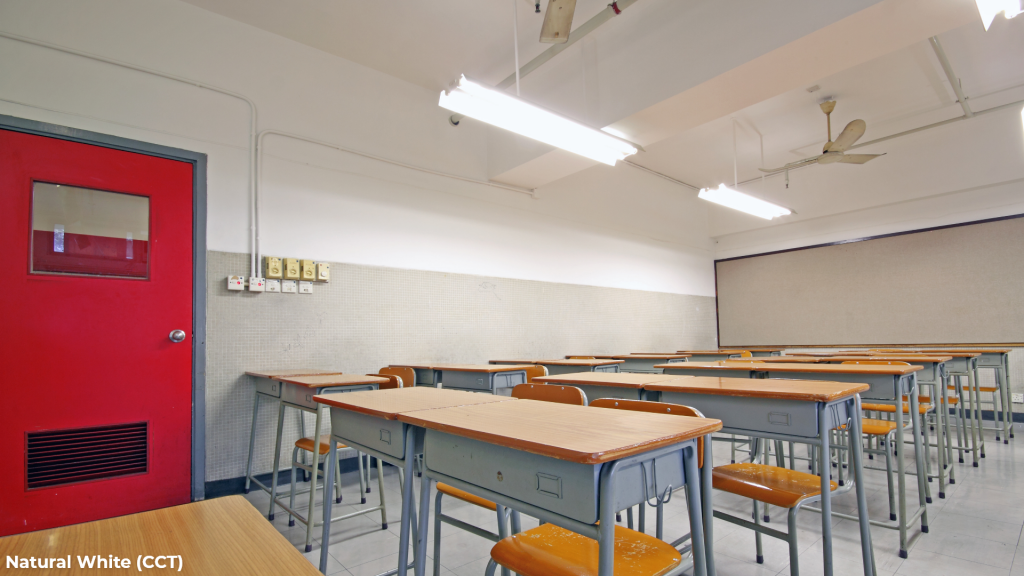 Natural white CCTs (4000K–4500K) are often used in office and educational settings, retail applications, and industrial area lighting because they keep people more alert and focused. Compared to warm CCTs, natural CCTs add in more blue tones to stimulate the mind. They also  pick up a small amount of brightness (lumens). Natural CCTs are also useful in parts of the home such as kitchen counters, where increased alertness is needed. 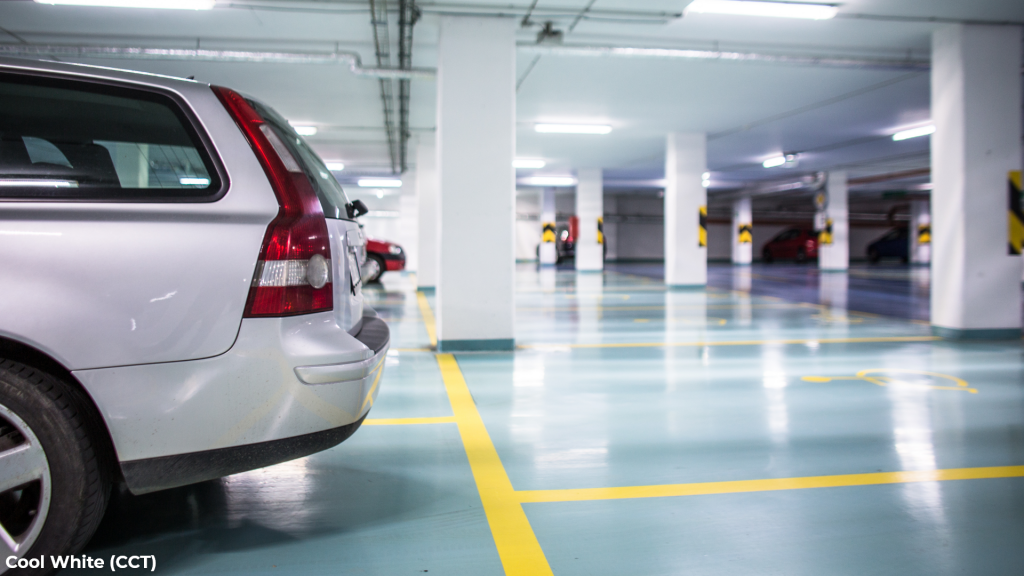 Cool white CCTs (≥5000K) perform similarly to natural white lighting. The additional blue tone is perceived to be sharper than a natural CCT light. They are less desirable for use in residential areas due to the increased glare they produce. The crisp quality of the cool light is often used for large outdoor area lighting and industrial projects and is becoming an increasingly common choice for headlights as it can keep drivers more aware.

Lumens measure the total calculated brightness, or output, of a light. While the CCT of a light has a slight effect on the lumen output—around 5% difference—it’s not considered a major factor in brightness. Lumen values are not just used to indicate the brightness of an LED light, but are also the basis for equivalency comparisons. Equivalency shows how an LED light compares to older, less efficient light sources such as incandescent and metal-halide bulbs.

Lumens also contribute to other common metrics, such as efficacy and lux. Efficacy is the ratio of brightness (lumens) to power consumption (wattage). This measurement (lm/W) is very important as it is one of the main criteria used to qualify for certain certifications and rebates. Lux (lumens/square meter) is used to display how much light will actually reach a nearby surface. This measurement varies depending on the distance from the light source to where the light output is being measured. Lux measurements are used to ensure pathways and work areas are illuminated properly based on safety and security requirements.

The higher the CRI of a light, the more accurately it renders colors. This is because the color the eye sees is the color of the spectrum of white light that an object reflects. With lower CRI light sources, the reflected color is altered due to an excess or lack of specific color wavelengths, making the reflected colors look different to the eye. This is why low CRI light types, such as high-pressure sodium, are often only used in industrial settings. Accuracy of the color in these settings is less important than somewhere like a retail store.

Several different systems and standards exist using 15 specific colors (referred to as R1–R15) or a subset of those colors to test CRI. These colors exist in a spectrum between 380 nm and 780 nm—nm (or nanometer) being a measurement used to show the wavelength of light. In the U.S. the “Ra” system which utilizes R1–R8 only is the most widely used. Many places in Europe and Asia use R1–R14 (“Re” system) to generate a CRI by contrast, meaning depending on the region CRI value can vary somewhat. One system isn’t necessarily better than the other, but when comparing lights from different regions it can be a good thing to note. The final CRI value comes from measuring each value (R1–R8 or R1–R14) and averaging the values together.